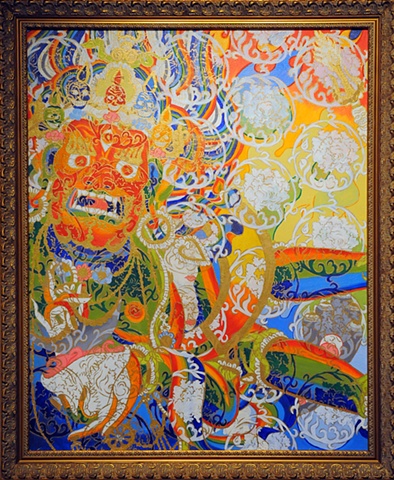 The gold coupled with the colours of the rainbow dazzles the eyes. Instead of painting the full deity I cropped an image and blew it up. The wrathful deity figure has bracelets made of snakes. Around his neck are human heads. He has skulls on his crown and holds a skull bowl full of brains. A repeating chrysanthemum pattern surrounds the deity. In traditional Tibetan thangka paintings there is no purple hue so I resisted the urge to use the full ROYGBIV. This powerful and breathtaking close up of a deity is meant to shake up and shock the viewer into powerful self-realization.